Daily habits for a healthy smile 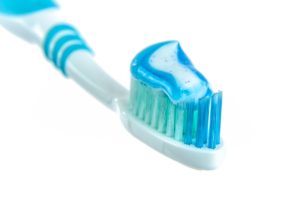 You think you know it already: brushing and flossing. However, a recent study by the American Dental Association found that 23% of Americans have repeatedly gone two or more days without brushing in the last year and 20% of Americans never floss. Yes, you heard that right, never. This is somewhat understandable as time is a very precious commodity nowadays and flossing is a difficult habit to pick up. But not having this habit risks not only your smile, but your overall health and wellbeing. Inflammation to the gums and periodontal disease are the most common concerns caused by lack of oral hygiene.

We have a lot of bacteria in our mouths. This bacteria (or bits of food) is building up in the form of colorless plaque around our teeth. If plaque is not removed it can harden and damage the gums. Inflammation to the gums (or gingivitis) can be caused by bacteria entering the blood vessels around the teeth. This causes bleeding and discomfort. However, if not treated on time this could lead to chronic inflammation, which is linked to diabetes, heart disease and arthritis.

Periodontal disease affects roughly 80% of Americans and causes are similar to inflammation: bacteria buildup around gums and teeth. Gums separate from teeth and form “pockets”. The body’s natural response is to break down the bone and connective tissue, which makes teeth loose. In the worst cases this could lead to tooth loss.

“People don’t take oral health seriously. We want to remind you that The American Dental Association recommends brushing twice a day, for two minutes and flossing daily. Also visiting your dentist twice a year is a must”, recommends Dr. Natour, Clinical Assistant Professor in the Department of Periodontology and Implant Dentistry, New York University. People who are already suffering from gingivitis should limit the number of snacks during the day. Finally, avoid brushing for 30 minutes after consuming acidic foods and drinks as it softens the enamel of your teeth.